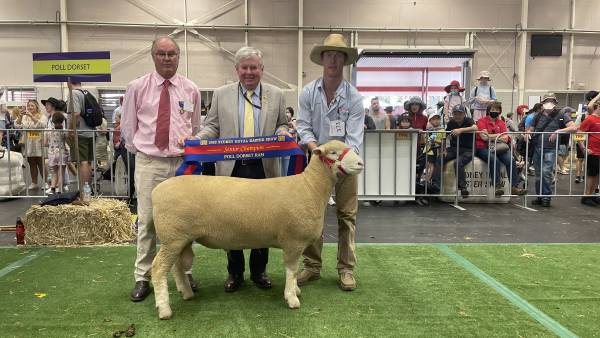 There was very little variation in the classes and it was splitting hairs in many of the classes to work through to the top sheep.

Big classes were the norm for Poll Dorset judge James Corcoran Snr, when 64 entries were paraded before him in the Cox Pavilion.

"There was very little variation in the classes and it was splitting hairs in many of the classes to work through to the top sheep."

The senior champion ram had been successful in the ram, showing milk teeth and bare shorn class when paraded by the Gilmore family, Tattykeel, Oberon, and Mr Corcoran thought his shear presence propelled him to the sash.

"He just presented himself so well," Mr Corcoran said.

"He stood out, but I like his moderate size and smooth shoulders which is important for easy lambing."

The reserve senior champion ram, who had been in the Pair of Rams, showing milk teeth, was shown by the Gilmore family, Tattykeel, Oberon.

The grand champion and reserve grand champion ewes, shown by the Gilmore family, Tattykeel, Oberon, had each been judged first in the Pair of Ewes, showing milk teeth only.

When commenting upon the grand champion ewe, Mr Corcoran thought her an 'outstanding' ewe.

"It took me a long time to sort this lineup," he said when talking after six class winners were displayed before him.

"The grand champion just had that extra bit of style, she is balanced and with smooth shoulders and a great loin.

"Her sister was nearly as good but she is still a super ewe." Keeping the balance with Hazeldean 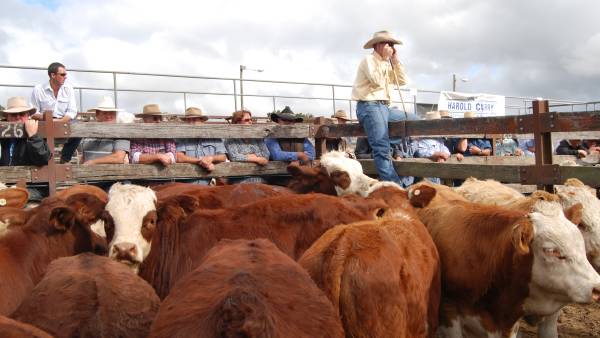