End of an era after 50year wool career 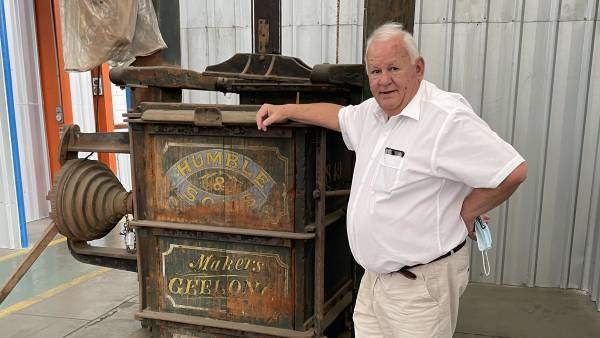 As a wool buyer of 50 years standing, Greg Horne has seen Australia's wool industry lows and its 2018 high, from up close.

The industry has provided him with some wonderful memories - like sharing vodka in a car in the dark in the middle of the afternoon in eastern Siberia with five large Russian ladies who ran a woollen mill.

Also some moments of pride.

Six years ago open-cry wool auctions in Perth, WA, were under threat and his tenacity as a wool buyer representative on the National Auction Selling Committee (NASC) at the time, is one of the reasons Australian Wool Exchange (AWEX) still operates auctions two days a week at the Western Wool Centre (WWC).

However a career buying wool came to an end after the final WWC sale of last month, with Mr Horne retiring as Modiano Australia Pty Ltd's sole Western Australian representative.

Born and bred in Adelaide, South Australia, Mr Horne started work in February, 1969, with what then was GH Michell & Sons, a revered South Australian-based company started in 1870 by Cornishman boot maker, George Henry Michell, who began washing greasy wool he bought, in the Wakefield River in South Australia's mid north.

For much of wool's long tenure as national principal economic export, Michell was Australia's oldest and largest wool exporter, operating its own local scouring, carbonising and combing plants.

It produced what is known as wool top - clean semi-processed wool ready to be spun into yarn at the next stage of processing.

So a job with Michell carried some prestige.

"Michell's mill office by coincidence was in the same street as the hospital I was born in," said Mr Horne, hinting via an impish smile that destiny may have had a hand in him starting a career in wool, but in reality, it was his father Leo.

"My dad got me a job there, he was barman in the local pub where the Michell workers drank.

"My dad and the personnel manager, a fellow called Ross Champion who was indeed a champion fellow, became friends and when I left school he got me a job - I was three months off 17.

His first job was in the skins yard throwing green sheep skins off semi-trailers from Portland, Victoria, then after about 18 months he became a junior in the private wool buying section before moving up the road to Michell's main office at South Salisbury a year later.

"When I started in the office I was invited (by the company's wool buyers) to come along and look at wool with them and that was the start of my wool buying career," he recalled.

Live wool auctions were still held in Adelaide in those days, but Melbourne was the main selling centre and many companies, including Michell, flew staff over from Melbourne for Adelaide sales.

"I was trained on the job, mainly with the blokes who came over from Melbourne and there were a lot of them," Mr Horne said.

He had joined the wool industry at one of its lowest points.

The latter half of the 1960s and early 1970s also saw a flood of textile innovation, with bright new synthetic materials marketed as wash 'n' wear displacing traditional wool and cotton apparel.

Part of an adjustment problem for the wool industry was many of its Australian participants - woolgrowers and wool processors - at that time were old, multi-generational family businesses, conservative in nature, methods and outlook and strongly resistant to change.

Michell was typical - run by fourth and fifth generations of the Michell family whose members were among Adelaide's social elite and, from a corporate perspective, where directors sometimes deferred to patriarchal seniority.

By comparison, on his last day at the WWC a good quality 21 micron Merino fleece wool was selling above 10 times more, at 1275c/kg.

"As Michell was a top maker, I became involved in top making during my years there and that became my principal interest," Mr Horne said.

"Iran was one of our big clients, Turkey, Germany were others and a bit (of wool top) went to the UK.

"Out of that lot, Turkey would be the only one still buying wool these days.

"Because we didn't have wool sales every week in Adelaide, I was at the office and the top-making plant most of my time and I became more involved in the production and technical side of combing.

"We had a Belgian technician and some really good machinery people who taught me a lot, even how to set a comb, which was pretty unusual for a wool buyer.

"But to know how a wool processes has always been a big advantage."

Apart from export customers, there was also a much bigger local textile manufacturing industry supporting local processors back then, Mr Horne pointed out.

"There was Wangaratta Spinners, Cleckheaton, Macquarie, a company called Tasco Downing, Fletcher Jones - we had somewhere between 10 and 15 regular clients in Australia for our wool top," he said.

After "a wonderful 10 years" with Michell in Adelaide, Mr Horne relocated to Perth with Woolcombers in Carrington Street, Fremantle, which was owned by Michell.

He spent three years buying for Woolcombers then another two or three buying for Cargill Australia Ltd before joining Modiano, another family-operated company founded by Jo (Giuseppe) Modiano in 1957 but with origins traced back to 1875.

"My change of luck was joining Modiano," Mr Horne said.

"They've been such a good company for so long and now they're a top maker in their own right - the luckiest thing that happened to me was being offered a job with them."

For five years from 1987 he worked out of parent company G Modiano Ltd's London head office, taking wife Caron and daughters Lauren, then two years and Becky, then five months, with him.

"We just had a ball, living on the outskirts of London and touring the UK which I never ever wanted to visit as a young fellow, but I found it the most wonderful place," Mr Horne said.

"When I was in London I did a fair amount of travelling - Korea, Taiwan, India, but mostly around Europe.

"I'd go to Biella (a famed wool processing centre in the north of Italy) every second week.

"One of my favourite stories from that time was when I was sent to Siberia to check a wool delivery the Russians were claiming on.

"I think we (he and a second company representative) flew 13 hours from London to this place Ulan-Ude in Siberia (near Lake Baikal, the world's oldest and deepest freshwater lake at 1700 metres).

"It's the same time scale as Perth and it's normally somewhere between minus 20 degrees (Celsius) and -40oC in winter.

"The workers at the mill were Asian-looking Mongols, but there were five large Russian women running the mill and they looked after us.

"We were sitting in the back of a car late one afternoon - it's already pitch black - and in the middle of nowhere they stop the car and the girls get out and go to the boot.

"The other guy and I looked at each other like 'what's going on?'

"The girls got out the vodka - they wanted us to taste real Russian vodka.

"So we basically had a little picnic in the dark at -20oC eating sausage and drinking vodka.

"We never paid any claim for the wool either, there was nothing wrong with it."

He said his proudest achievement in his career was successfully arguing as chairman of the WWC Wool Buyers' Association and then on NASC that the WWC should amalgamate its two sales rooms to cut costs.

At the time, pieces and oddments were sold in one room and fleece was sold in a second room, requiring buyers, brokerages and AWEX at times to have two sets of staff attending, but small offerings in both rooms meant a volume threshold was not always met to enable sales to go ahead.

"That was my achievement in making that one sale room, because it really saved this centre (WWC) - it could have gone down," he said.

His one disappointment was the lack of direct contact with wool buyers.

"The unfortunate thing for me about how the industry has gone is you don't have a lot of contact between woolgrower and buyer," Mr Horne said.

"Quality and (clip) preparation is another area where we could talk - preparation is one area I would've liked to talk to growers about because it is in their interests to prepare well.

"That gap has always disappointed me." 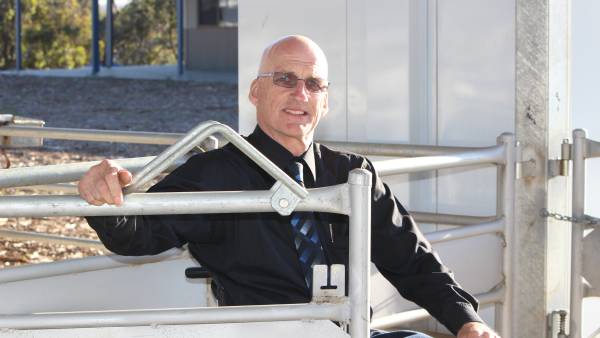 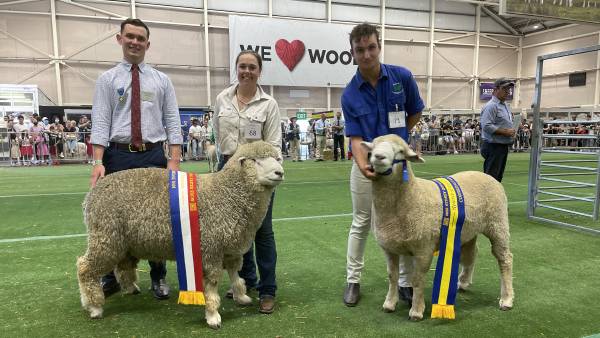 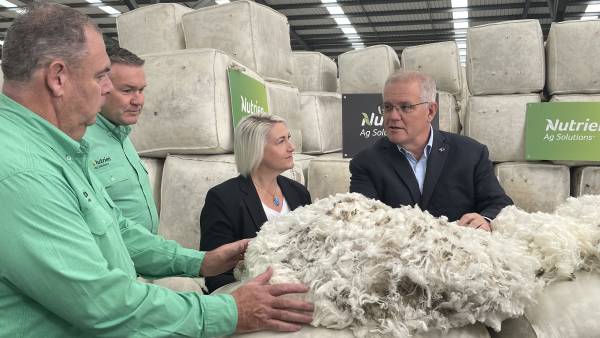 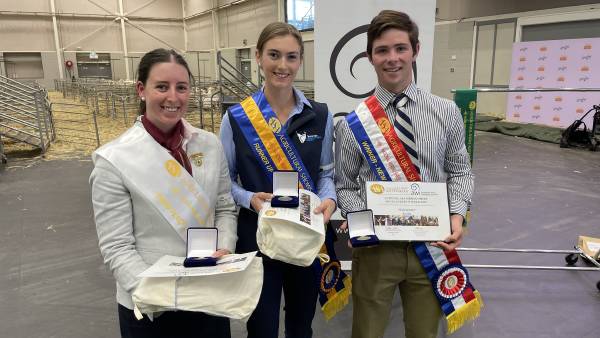 Another win for Patrick