A strong line of females at Clunie

Clunie Range breeds commercially-relevant bulls that can adapt to all environments. 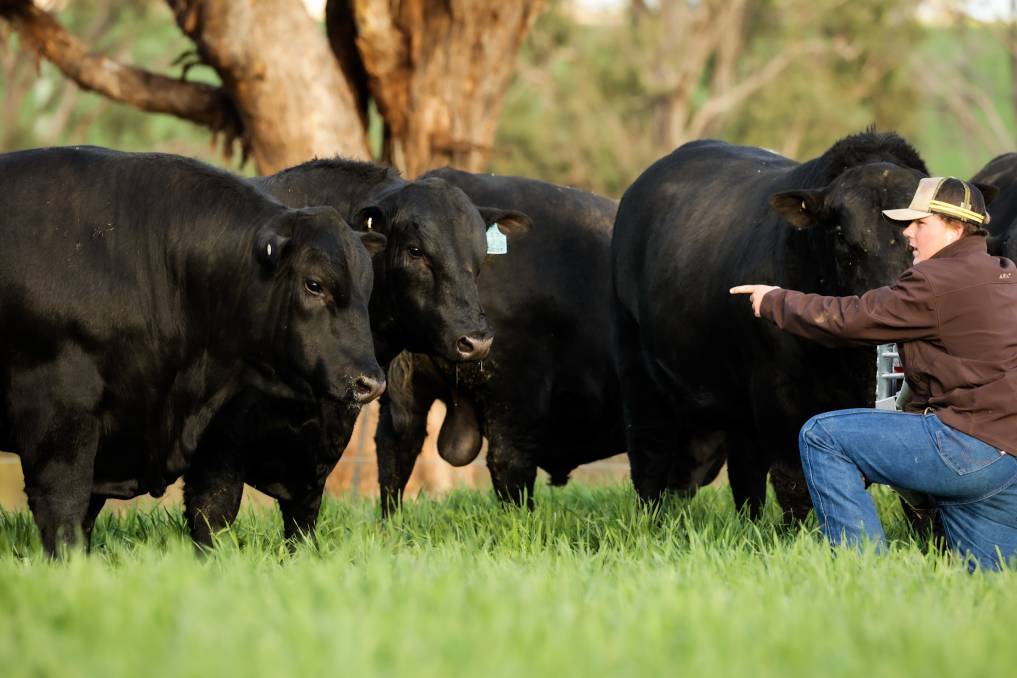 INTEGRITY is key to the Clunie Range business, with the Guest family focusing on producing high quality bulls that deliver for their clients.

Breeding commercially-relevant bulls that can adapt to all environments and produce calves that meet market specifications has been the goal since the stud began in 1986.

But the passion for the Angus breed started many years before that, as early as 1957 when Hugh and Hazel Guest were running Angus cattle in the hills between Killarney and Woodenbong on the NSW-Queensland border.

"It was a spectacularly pretty place but the cow herd had to forage in hilly, low-nutritional country," stud principal Brett Guest said.

The selection pressure placed on the Clunie Range females has set the foundation for the stud's bulls to not only survive but thrive in many areas including northern Australia.

"Because of our commercial focus we have always found it imperative to run our female herd under strict commercial conditions," Mr Guest said.

"Effectively, we are replicating the conditions that our clients' cattle endure.

"We recently sent 1300 weaners to Hughenden and west of Boulia in Queensland, close to the Northern Territory border, with consistent high temperatures and long distances to water.

"The females were joined in a 25,000-acre paddock to Clunie Range yearling sires.

"While these females really turned some heads while they were up north it was no surprise to us as we regularly sell bulls into these areas knowing that they would handle the tough conditions.

"Those cattle not only survived up there but came back with high pregnancy testing results, and the bulls were then sold six months later at our annual bull sale - that high performance, from females and the young bulls, is what the Clunie Range breeding program is all about."

Among the bulls to return from Boulia was Clunie Range Plantation.

"Despite spending 12 months working in tough environmental conditions, fending off feral bulls and being mustered by helicopters, he is now enjoying life a bit more at an AI (artificial insemination) centre at Holbrook where he's quickly become one of the highest selling bulls in Agri-Gene's semen catalogue.

"One of his biggest attributes is his outstanding docility as he enjoys nothing more than a scratch from visitors."

The Clunie Range breeding and management program ensures the cattle are able to increase profitability in clients' herds by lifting production, from fertility to growth and carcase quality.

"With several properties spread around a large area we often move females around and change joining times to suit management, but we expect females to get in calf quickly, raise a good quality calf, then get back into calf again," Mr Guest said.

"So after all these generations we now have a herd that has proven themselves and the females are the backbone of our operation.

"Throughout all these years, our breeding philosophy has never changed - we started as commercial breeders, and we remain commercially-focused.

"In the past people have been of the understanding that Angus cattle simply do not survive in certain areas of northern and remote Australia.

"Many astute operators in these areas have identified seedstock operations that have the right genetics, breeding program and management to produce bulls that not only survive but thrive in these conditions.

"However, the Clunie type has proven itself and compliments the original breeds of these areas such as the Brahman, as the Clunie type - slick skin, muscle, doing ability and carcase quality - are all qualities that are not there by accident.

"We have bred these qualities into our cattle after years and years of tough decision making."

Stations in northern areas, including large corporate agriculture clients, are providing the Clunie Range team with extensive performance data which backs up the decisions being made in the stud.

The Clunie type works well in pure and crossbred operations, with the cattle being known for their depth and thickness as well as being structurally sound, with great disposition.

"We have clients that have really fallen in love with our breeding philosophy and continue to purchase our genetics as they're buying into the entire breeding program."

Mr Guest's experience in the wider beef industry, including in meat export and carcase research and development, also means carcase quality has always been a priority.

"Clunie Range cattle not only perform in the paddock or feedlot, but they also deliver when it comes to carcase," he said.

"We have always known that our herd is inherently high in marbling - on two occasions achieving a marble score nine at Bindaree Beef - but we get more satisfaction from producing lines of consistently marbled product in the range of two to three marble score.

"We have had a fascination with feedback and try where possible to retain ownership of our cattle so we can feed through a feedlot or get carcase information.

"It is always great for marketing to win a carcase competition, but it can't compete with some of the meaningful data that we are receiving on a regular basis that forms part of the genuine decision making within the stud."

The Guests are looking forward to seeing results from a breeding program with progeny groups of a minimum of 300 calves per sire, sired by Clunie Range Plantation, Clunie Range Quality Time and Clunie Range Queenslander.

"Many of these calves will go through a feedlot and carcase data will be collected," Mr Guest said.

"It is information like this that we find exciting and love to be part of." 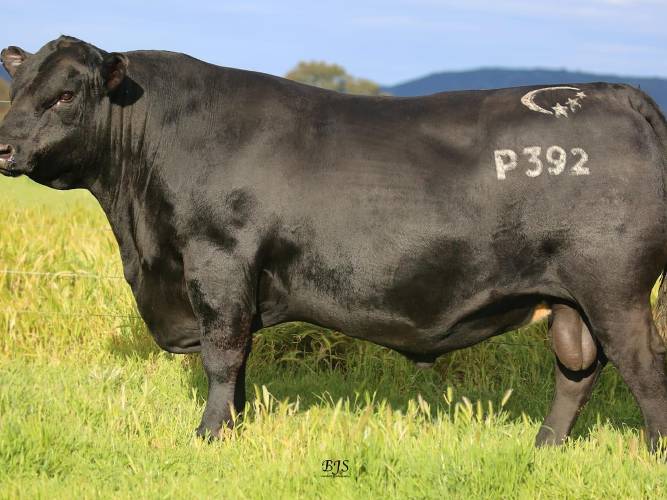 FEMALE STRENGTH: The successful Clunie Range breeding program is thanks to the strength of the females in the herd, which are run under commercial conditions and expected to perform, year in, year out. 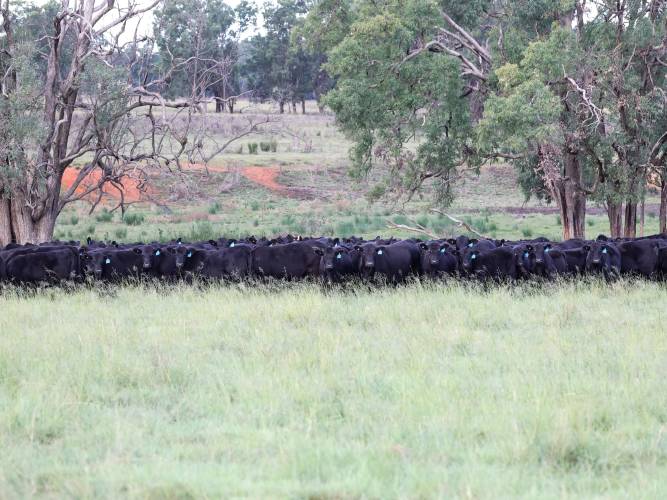 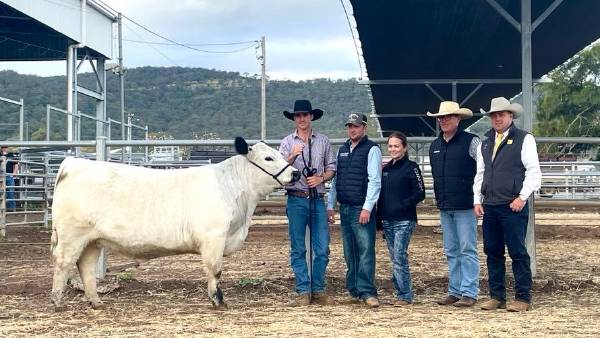 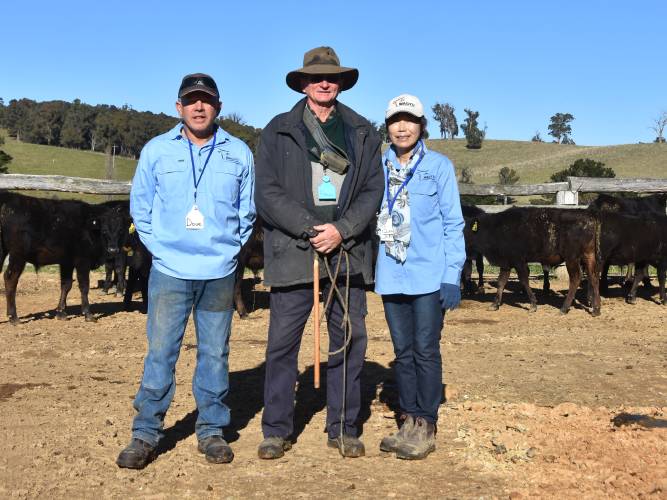 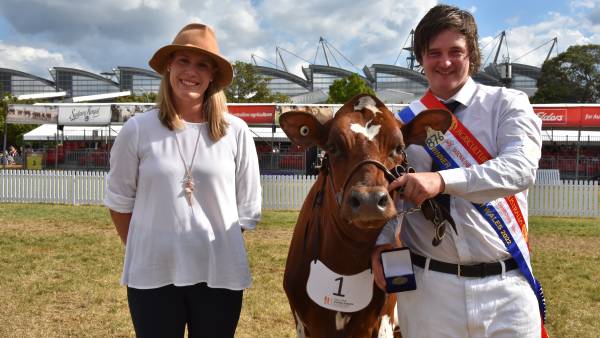