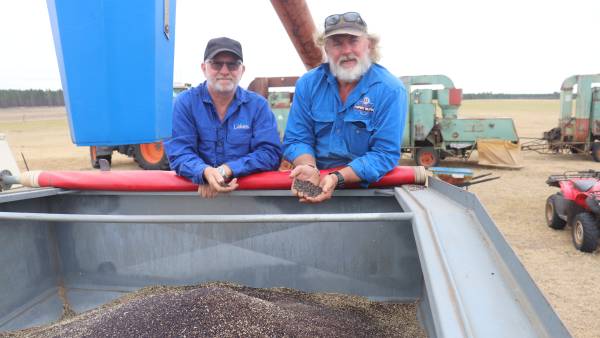 SIXTY-year-old mechanical technology that still holds its own and modern computerised optical technology will combine in a bid to build a boutique farm business into an export and summer forage seed industry.

Agricultural entrepreneur Steve Meerwald last July added to his business interests Tamgaree Kikuyu, a boutique seed business started some 20 years ago and operated on their Gnowellen farm by Morgan and Debbie Sounness.

Theirs was one of only two commercial kikuyu seed harvesting operations in Australia - the other, in New South Wales, is believed to have been impacted by recent torrential rains and flood events there.

The clover harvesters were designed at the end of the 1950s to suck up a layer of top soil containing clover seed and separate the seed from sand, soil and other organic material sucked up.

Horwood Bagshaw produced the patented harvesters from 1962 through to the early 1990s and they are still very much in demand, with commercial seed producers still using them and declaring nothing better has been invented since Horwood Bagshaw stopped making them.

For kikuyu seed harvesting the machines were modified using trial and error by Mr Sounness, including changed gearing to alter threshing and rotating drum speeds and the original woven mesh oscillating winnowing sieves and drum screens replaced with finer slotted screens to separate the smaller kikuyu seeds from waste material that is dumped back into the paddock.

Unlike most clover seeds which form in burrs just under the soil surface, kikuyu seeds form above ground in glooms growing on runners which quickly form a thick mat or carpet, perfect for holding sandy soils at Wellstead together.

While the robust glooms have to be broken up to help release the seed during harvest, preparations for kikuyu seed harvesting do not require raking or harrowing to loosen the soil first - as with clover seed harvesting - so paddock surfaces remain undisturbed.

"It's quite hard to get the seeds out of the glooms, it just goes to show, those (Horwood Bagshaw) machines might be old, but the technology is still effective," Mr Meerwald said.

He and associates who also once worked at Wellard - former The Nationals WA MLC and Northam farmer and current owner of Hedland Export Depot, Paul Brown, along with Garry Robinson - have just completed their first kikuyu seed harvest on six properties at Wellstead.

Start the day with all the big news in agriculture! Click here to sign up to our daily Farmonline newsletter.

Kikuyu is an established, robust and prolific perennial pasture variety on those properties.

While considered an aggressive weed by farmers in some other areas, at Wellstead Kikuyu pastures provide a valuable summer and early autumn forage crop that can be grazed on rotation by sheep and cattle every few weeks.

Being basically dormant through winter, kikuyu is usually oversown with other pasture varieties like subterranean clover or ryegrass and, in one instance at Wellstead, successfully had a canola crop sown into it.

"Once the canola was harvested, sheep were put in on the stubble to eat it down and when the sunlight could get through to the kikuyu, away it went again and it provides a valuable source of summer stock feed," said Mr Meerwald, who has sown 180 hectares of kikuyu pastures on Butt Farms' 250ha shedding sheep property The Lakes at Wootatting.

He was a client of the Sounness' seed business before they retired and was pleased to be able to accommodate their desire to see the business remain in WA and produce seed available to local farmers.

South Australian interests had initially enquired about buying it.

While the Sounnesses grew their seed on their own property, Tamgaree Kikuyu has already expanded and is harvesting seed on the six Wellstead properties.

"Our arrangement for harvesting kikuyu seed is a partnership with the farmers because it depends on them putting stock on it to eat the clover down before we harvest," Mr Meerwald said.

"We have a royalty agreement with all of the farmers, they will get a percentage of the kikuyu seed sales, or they can convert that to seed if they wish.

"They are big farmers and kikuyu is a permanent, established feature of their operations."

Their first harvest was slow - one tractor towed the three harvesters as a "train", but had to travel at less than three kilometres an hour which limited harvest to 10-12ha a day.

It was also frequently disrupted by damp or humid weather - glooms will not break open unless they are completely dry so harvest operations start late and finish early each day near the coast - but it yielded 25 tonnes of mixed kikuyu and clover seed from about 340ha.

Mr Meerwald said the seed mix was destined to go to Eastern Districts Seed Cleaners at Kellerberrin, probably in May after the rush to get the coming season's cereal crop seed cleaning completed.

There the different seeds would be separated and cleaned in the usual way on gravity tables.

He said then, depending on demand, some of the kikuyu seed would be reprocessed using very modern technology - an optical sorter set up at The Lakes.

"Initial cleaning gets the kikuyu seed to about 87pc-88pc purity - the kikuyu seed is so small you do get some clover seed in with it - which is fine for domestic markets," Mr Meerwald said.

"But through our new optical sorter we are keen to get our purity to close to 100pc - 98pc or 99pc at least - to be able to supply international customers direct from Western Australia.

"The optical sorter is set up and programmed by putting in photographs of what you want and what you don't want and it sorts by colour, shape and size.

"The seed will be cleaned and sorted at about 115 kilograms an hour to that grade.

"It's a slow process, but one that also adds a heck of a lot of value to the product."

p Lessons learned from the first kikuyu seed harvest completed over February and March have seen Tamgaree Kikuyu purchase another six old Horwood Bagshaw clover harvesters at clearing sales, some of which will be modified and reconditioned to harvest kikuyu seed next year.

"If we can add a second train (of harvesters) we can lift our harvest rate to about 20-24ha a day and by starting earlier in January we should be able to take advantage of the hotter and drier weather and maybe we can get harvest done in half the time next year," Mr Meerwald said.

Pasture as well as civil applications for hard-wearing soft grass, such as public lawn areas and playing fields, will both be targets for Tamgaree Kikuyu seed.

Mr Meerwald said he and associates planned to use contacts built up over 40 years to help grow the business in international markets.

"We are looking at places like the Middle East where they like greenery around their cities because it makes it cooler and changes the environment," Mr Meerwald said.

"They have access to water through desalination plants and kikuyu will thrive under those conditions.

"We are looking at all opportunities and through our network of contacts we've already sowed the seeds, so to speak, in terms of enquiry and interest in major public open space projects that are to be sown."

"We think there's an opportunity in some areas - Kalannia, Goodlands, Morawa for example - and we hope to run some trials and continue to expand kikuyu as an important feed source in sheep and cattle operations in other areas," said Mr Brown, who was Tamgaree's harvest manager this year.

He said "normal thinking" was kikuyu needed 600 millimetres annual rainfall, but Morgan Sounness had success growing it in a 400mm rainfall zone.

It was not so much a matter of how much rain, because established kikuyu had a root system that went down 2.5-3 metres, but more when it rained, Mr Meerwald pointed out.

He said Tamgaree was now taking orders for kikuyu seed. 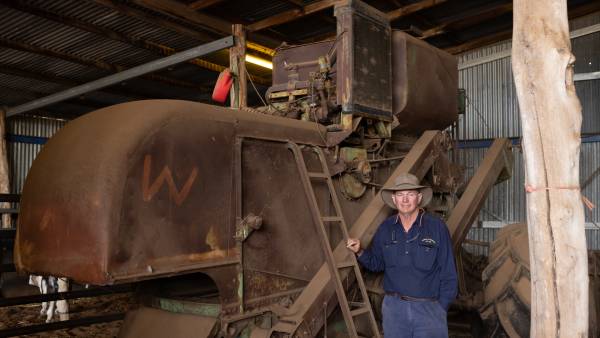 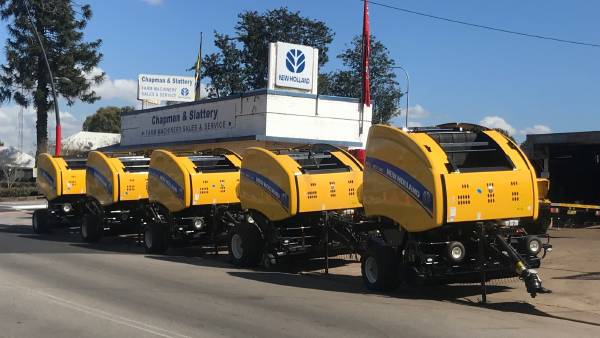 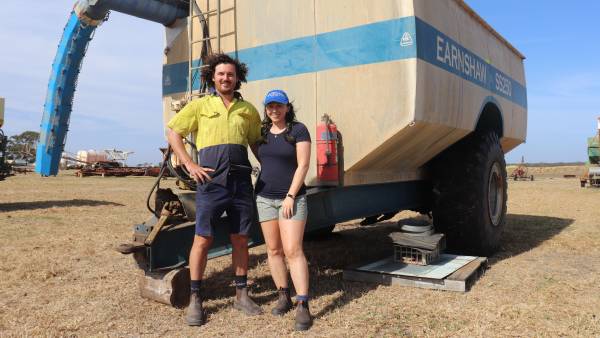 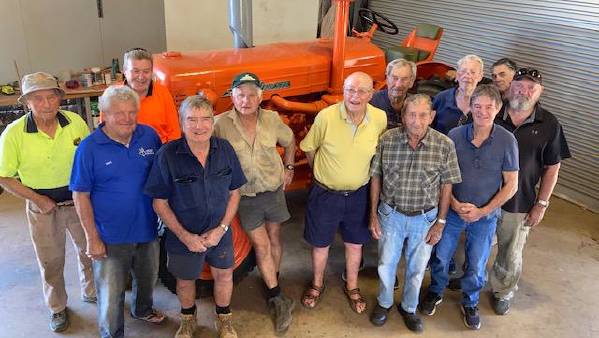