A NEAR 30-year-old 250 kilowatt 4x4 tractor was the top item, selling to a family who specifically came from Kojonup to the Elders clearing sale near Beverley recently to buy it.

One of two Elders auctioneers on the day, Steele Hathway, opened the bidding at $50,000 for the early 1990s Case IH 9270 articulated tractor on duals all round with just over 4000 hours showing and a general condition indicating it had not done a lot of hard work.

From there, the bidding escalated in $2000 increments until the tall man in a green shirt in the middle of the crowd eventually secured it with a bid of $76,000 over a competitor on the phone.

The tractor was purchased by Richard and Leonie Banks and their son Todd, Yolander Holdings, Kojonup and was the only one of 254 lots offered on behalf of BM Minchin & Sons, Dunbeath, East Beverley, that the Banks family bid on.

"We've got a smaller one at home, a Versatile 846, but it's only 230 horsepower (171kW) and we've got a bigger (seeder) bar this year to pull up the hills around Kojonup, so we're upgrading," explained Todd Banks.

"But it was further away, so the extra money we paid for this one, we would have had to pay out to get the other one home anyway.

"It's really only got one job a year to do - we only put in about 300 hectares (of crop) and it might seem a bit like overkill, but we are in granite country and you need it (extra power) on the hills.

"Even though they're 30 years old they (big 4x4 tractors) are in demand.

"I've done my research, there was one (Case IH) at Ravensthorpe, one near Pingelly and the one at Farmers Centre Katanning, which I rang up quite quickly about, but it was sold before it even hit the yard.

"That's why we thought we'd come up early (to the clearing sale) to have a good look at this one."

Smaller tractors were also in demand, with bidding on a licensed 1993 John Deere front-wheel-assist 4560 starting at $22,000 and quickly progressing to a successful bid of $27,500 by RM Smith & Sons, Northam, to claim it.

Second top item of the sale was a 2002 Isuzu CXZ tandem-drive prime mover with 267,247 kilometres on the odometer and 1980 Howard Porter tri-axle tipping trailer combination rated to carry 42.5 tonnes, which sold to father and son, Derrol and Jaron Crane, Craneford Station, York, for $53,000.

Derrol Crane said the family had already taken over the 1092 hectare property and would use it as an "overflow extension" of their existing all-cropping operation closer to York.

There was solid competition for a second truck, a Cummins V8-powered 1993 tandem-drive ACCO 1950C with only 141,051klms showing and with a stock crate on the back.

Bidding started at $8000, with a keen bidder in the crowd and Elders Northam livestock agent Lynton Saunders on the phone calling bids for a client.

It rapidly progressed to $32,000, with the winning bid called by Mr Saunders for Wayne Duffield, Darkan, while the losing bidder was obviously very disappointed.

Brothers Don and Steve Minchin have farmed the Dunbeath property between Beverley and Mawson together since 1973 and their great grandfather had started farming there in 1906.

However the Minchin brothers are looking forward to retirement, with Don heading for Mandurah and Steve planning to split his time between Beverley and the coast.

They said they were happy with the prices and that 236 lots had sold, raising a gross total of $429,965 from the clearing sale.

"It all looked pretty good to me and prices have been very good," Don Minchin said. 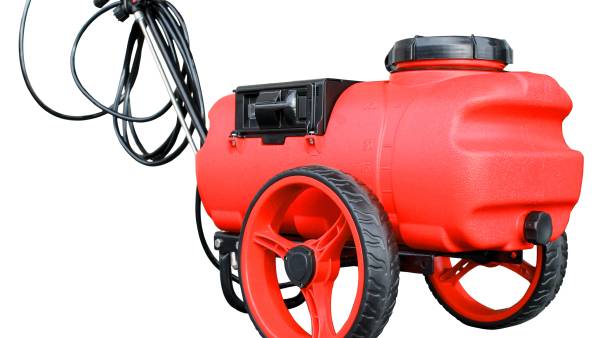 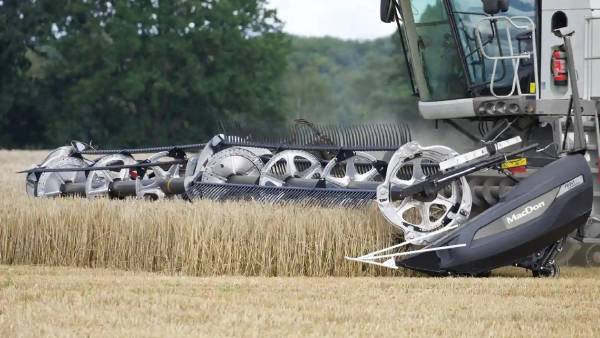 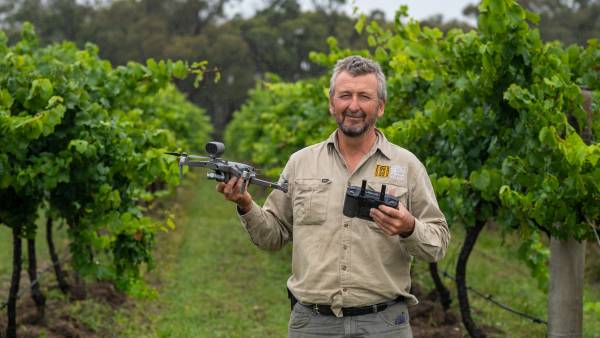 Vineyard using drone tech not yet seen in ag 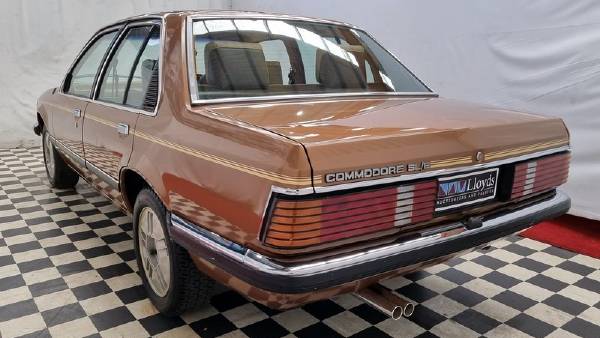